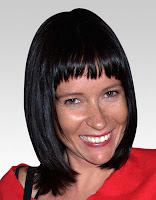 The Hot Toddies have backpacked through 5 continents, 20 countries, and 105 cities in 365 days (8,760 hours). They’ve slept in hostels, hotels, houses, hammocks, boats, buses, tents, cars, airplanes, parks and random beds. They’ve swam in the Pacific, Atlantic, and Indian Oceans. Passed the equator and kept going south till they reached their most south point on the globe, Antarctica. They trekked to a height of 5,400 meters (17,716 feet) above sea level in Bolivia and swam as low as 30 meters (100 feet) under water in Honduras. Crossed the dateline till they landed in the “future”, they were one of the first to celebrate 2011’s New Year, 18 hours ahead of New York and 12 hours ahead of Warsaw. They followed the sun’s rays from summer, to spring to summer to spring occasionally getting wet during the wet season. From visiting Lake Titikaka in Bolivia, the highest navigational lake in the world, to climbing Cotopaxi the highest active volcano in the world they have explored and experience natures best, wildest, and unbelievable creations. After one year of traveling through the Americas, Antarctica, and New Zealand we caught up with them in Bali.

Q: Why did you decide to travel?
Aga. It was a spontaneous idea, I once read an illustrator’s bio that traveled the world and I totally got inspired. I found Iza, who amp the idea. Once we switched to our dream there was no going back and the takeoff was easy.
Q: What did your friends and family had to say about your spontaneous decision?
Aga. Some loved it, some didn’t believe it, and some doubted, but for the most part I think all would want to do the same if they had the chance.
Q: Do you like traveling with Iza?
Aga. Come on, she is a masseuse, who wouldn’t want to have a traveling partner that is easy going and loves to take her frustration out through massage. We get along really well, no arguments, no killing, just a smooth ride with who I share my experiences with. Plus she listens to everything I have to say. Occasionally we hit bumps, but that’s mainly when shit isn’t going my way.

Q: What are your favorite words, slang or phrases you’ve learned on this trip?
Aga.“Con Todo” with everything, “Sex” the way NZ pronounces six.
Q: Were you ever scared?
Aga. One day after few drinks in Nicaragua we were walking on a strip and a guy was saying something perverted, I turned around and gave him the finger, that’s when he freaked out and got really offended. I though he was going to hurt me, he was angry. That was scary, but really he deserved it. Crazy” third world” mentality.
Q: What’s your least favorite part of traveling?
Aga. Hustling with local people for everything, in Central America nothing is a fixed price you have to bargain or hustle; if you are white the price is double. The ongoing hustling is the most annoying and stressful part of traveling.
Q: What is your favorite thing you travel with?
Aga. My headphones, which allow me to go into day-dreaming and they are my ear plugs. Also my I-phone, is my connection to the other side of the world.
Q: Do you miss anything from home?
Aga. Yes, I miss the Sunday mornings walking around in PJ’s and just enjoying time for me and myself. I also miss the NYC Pizza.
Q: Three top destinations you recommend everybody should visit?
Aga. 1. Antarctica. 2. Solar Flats, Bolivia. 3. Havana, Cuba
(Sorry we were unable to interview Iza, the other Hot Toddie, she gave us the middle finger.)

1 thought on “Exclusive interview with Aga, one of the two Hot Toddies by Hot Toddies Unlimited.”