Skip to content
• Friday, April 16th, 9:26am. Playa del Carmen, While eating breakfast, an Asian man came into the kitchen cut his nails, and toes, and left.
• In hostel rio in playa del Carmen, there are bedbugs, one was walking on my sweatshirts. Fuck!!! I hate them and I have nightmares that they are always biting me at night!
• April 16th, 2010. While eating breakfast, we learned that there are limited flights to Europe because of the erupting volcano in Iceland. All of the important government personals are not going to make it to the funeral for Lech Kaczynski.
• on wednsday April 14th there was an Earthquake in China, 11,000 people are hurt and 700+ are dead, they are still looking for people, it’s not stopping us from traveling.
• 15:00, at restaurant El Sazon de Mexico: Mexicans love to put the sup of a cat on fries, also known as “catsup”
• Leaving hostel Quetzal in Cancun, where breakfast and dinner was included: “Iza did you pay Luis the super chef for our second night?” I asked, “no, did you?” “of course not” 400 pesos in our pocket. We feel bad! 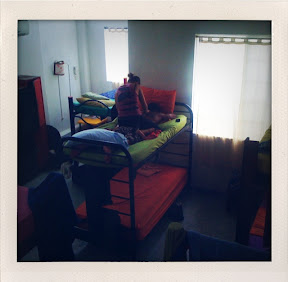 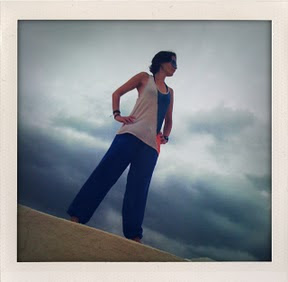 April 17, 2:30pm: decided to go to the beach after 3 days of rain in Cancun. All day nice and sunny until we get to the beach. I did enjoy the views of the thunder clouds.
• Wed, April 21st, 9:24am: on the way to Viniales, Cuba, passed by a 1950’s red Chevrolet packed with 10 people. Often they are used as taxi collectivos. Pick up as many people as they can.
Cuba: everybody here in Cuba listens to regeton!!! In a country where there is so much good music, we are listening to regeton on a 4hr bus ride to Vinialles.
April 22nd. 14:57. The most popular color in Cuba is turquoise, especially as a house paint.
April 25th, 11:51am. Trinidad, Cuba: Iza is sewing her gap pants, that we bought right before our trip. Cheap, cheap! 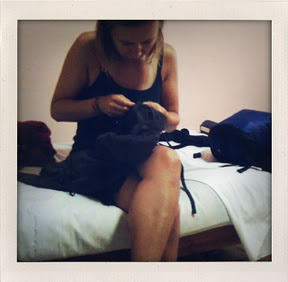 April 28th, 8:24am, on the bus going to Havana. While passing near the ocean we had to maneuver to avoid crossing crabs. These guys got it easy, they don’t even have to go fishing. Never seen anything like this.
May 6, Utila, Honduras, 22:47
It’s amazing how small things like a large cockroach with flying wings will scare the living shit out of you. Iza is battle-ling with two roaches, one is down and another got a special treatment with 25% DEET spray in his face. Maybe just maybe he is descend from a mosquito. With malaria spreading at a rapid pace, everything got to die!!! Iza is getting a workout and I am high on the DEET.
May 13th, 21:16, Utila, Honduras: I was bitten yesterday by millions of sand fleas. My entire right leg and arm are totally chewed up! I look like a freak, especially when I start to scratch myself. 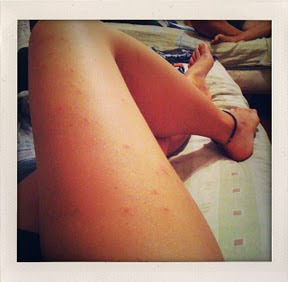 May 13th, 21:19, Utila, Honduras : I feel like shit, I have a bad case of diarrhea, my nose is stuffed with dripping buggers, and is super red from blowing it. My head is pounding from sinus blockage. I can’t stop scratching my legs from the sand flea bites. My face is full of zits, and I did not get my period for the past 2 months. I am about to have my first crisis!!! 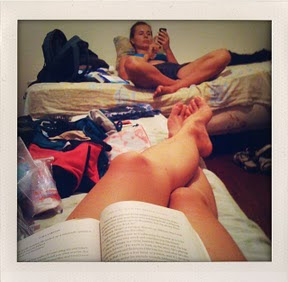