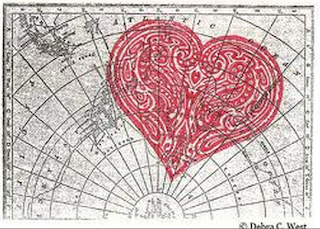 — You are a great kisser — he said. Too bad that we won’t know how it would have been the second time around. He continued complementing our one night, while I got ready to leave.

We met a few weeks prior through traveling friends, never had any intention of going beyond the friendship line, but this night we did.

Love, sex and intimacy is boundryless when you are out of your element and in the wild. All rules are set aside and the fast forward button is on. A few seconds to impress, no time to mingle, no time to play games, you cut straight to the chase. Within seconds you’re naked, all insecurities aside. Who are you? You dont even recognize yourself.

— Yes, too bad. But the world is small and you never know, we just might have a second chance. — I smiled and stepped out.

The question is do we really want to have a second chance, or is it better to leave it as an exotic experience – a treat of fantasy for when you return home. The whatever happens in ____ stays in ____ kind of words. All part of the traveling experience.

But what if there is a chance?

Falling in love, finding that perfect one far far away from your home somehow actually sounds more realistic then looking near by. It’s more exotic, like from the book by Elizabeth Gilbert “Eat, Pray and Love”, where the main character goes on a journey to find helself and along with herself she finds Felipe, the one.

Reality? Speaking only from my travel experiance, it’s not as Disney as it sounds. Most of the time when you meet someone, attraction forms, instant flirting goes on, you have the best time of your life. You think, for sure he is the one. Together you trek to the peak and before you fall in love it’s time to move on.

Often the two of you have a destination, sometimes same direction sometimes opposite. Some need to go back home to reality, and for some the visa runs out. Occasionally some are married and the wife preaches from home.

So you exchange email.

— I will stay in touch, I promise. I will come and visit you. I already miss you.

Frequent messages are exchanged, Skype, chat, all so hot. The digital intimacy goes on, but with time all things change form, the contact slowly fades. You slowly depart. Before you know a new excitement forms. But perhaps if you actually did meet once again, would it be the same? Well, this was not the case in Pad Thai is not the same in Laos’s post.

Time will only tell, while traveling you are on a roller coaster. Some things happen fast and some linger, but all rides come to an end. And then you exit and face the shaken emotions. You either had enough or crave for more.

Eventually though, when you travel enough, you might come across a different kind of buzz. When the radar is on and the frequencies align, you might attract someone alike. What do I mean by alike? Floating in the same boat. When the road is open, yet your speed is the same. When the direction is positive, seeking the same. When there comes a time in ones life, which you can say is like mine. Perhaps it’s mother nature calling his name. It happens, there is a chance. Patience, acceptance and flexibility are strongly rooted in that chance.

Or chances are you travel enough, experience too much and come to realize that everywhere we humans are all alike, and it’s up to you to open, embrace, love and give it a chance.

3 thoughts on “What are the chances of finding LOVE abroad”