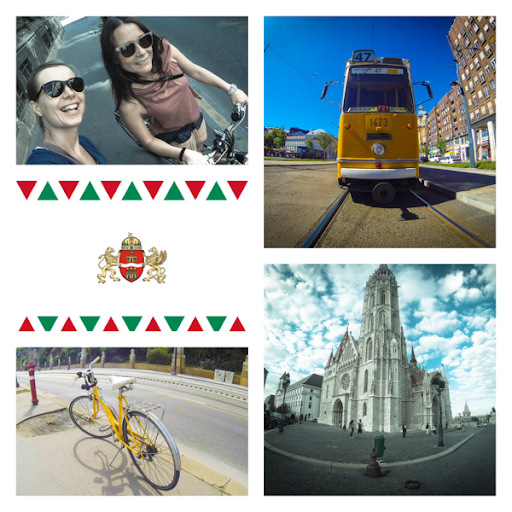 Budapest is the only place in the world where being homeless is a punishable offense. Thank god for couchsurfing.

Budapest’s architecture was meant to resemble Paris, currently containing a modern layer of grayness on most buildings.

Budapest has more thermal springs than any other capital city in the world. Toddies spent an entire 2.5 hours soaking up its minerals.

Budapest is home to the third largest Parliament building in the world, and one of Iza’s favorite buildings in Budapest.

Aga’s transition into a Vegan started in Budapest.

Budapest is a great place to ride a bicycle. Hot Toddies have toured around in Budapest on two bicycles covering 16 miles in 2 hours.

Budapest is home to one of the largest synagogues in Europe.

It is said that if you touch the Anonymous statue that sits in the park near the Heroes’ Square you will become a better writer. it dosent mentionsa anything obout bettar spelling.

The best dessert according to Hot Toddies is Mákos rétes (poppyseed strudel) which can be easily found in Budapest. The maximum number of rétes bought by Toddies in one day is 50.

At the time of its construction in 1903, Budapest’s Elizabeth Bridge was the world’s longest suspension bridge. Aga rode to yoga on her bicycle using it.

The largest panoramic image in the world was shot from the top of Gellért Hill in Budapest, Toddies manage to replicate it using the Sony RX100. Click, click, click.

In Budapest was where Hot Toddies had their 2nd reunion, here is their journey through photos… 2 thoughts on “Toddies facts about Budapest and then some…”