Skip to content
Arriving to San Cristobal de las Casas with Benjamin after a full night on a bus was nice and cool. We met Benjamin in Hostel de Pochon, who was also traveling our way. Really cool American guy, who like us, dropped everything and followed his dream of traveling. We spent most of our time together in San Cristobal with drinks, dinners and just touring around.
San Cristobal de las Casas is a very interesting town, here you can really see the traditional Mayan culture. Most of the woman and children are dressed in traditional clothing and always try to sell you everything they have. Its quite sad to see little kids 5, 6, year old selling on the streets. Mayans speak about 26 different dialects additional to Spanish. Chiaps state where San Cristobal de las Casas is located is still very undeveloped and is the poorest and the greenest states in Mexico. Great place to bargain and get great deals on traditional Mexican textile clothing, jewelry, and anything Mexican related. The cities elevation is 2,200 meters above sea level, so its very chili at night.
We stayed in Casa de Jardin a hostel operated by Eryka and her family. “Mi casa es su casa” she would say, but Iza and I had a slightly different theory. We had no hot water and Eryka made a point to be everywhere. She was one of those super nice people that really was not nice. We strongly believe that she drugged us, made us sick, just so we can stay one extra day and pay for her “habitacion”.
All of our stay in Mexico city, we managed to survive with small stomach problems. But right before our journey to Guatemala we get super sick in “Casa de Jardin” so so sick that Iza didn’t know if she was going to make it in the bathroom from puking to crapping in time. It was a dual action thing. Luckily for me it wasn’t that bad but it did knocked me out for an entire day in bed with very little movement. We postponed our trip and tried to recuperate for the next day. We still don’t know what caused this terrible bug, our pasta that Benjamin prepared for us, or Eryka’s all inclusive breakfast.
Ohh yeah, I forgot to mention, Benjamin offered to make us one of his families favorite pastas, which included bacon and raw egg. It was very yummy, but since that was the last thing we ate before our attack by Eryka we won’t be eating pasta for a while. 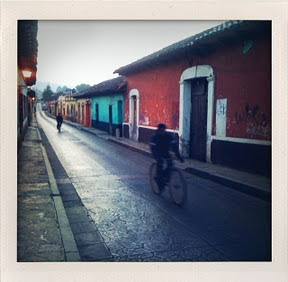 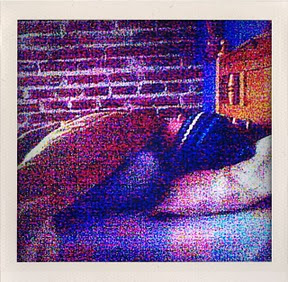